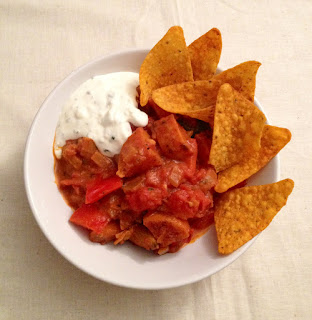 Putting the dish together:
Grab a bowl of your choosing, put a few ladles of chilli in your bowl and add some tortilla chips & a big dollop of sour cream. EAT.
Enjoy!
CB X
Share 0 Tweet 0 Pin it 0