When you plant chives from seed you may - at first - be disappointed or think you have done something wrong. But chives just need some time to develop and become strong. I planted my seeds in spring 2012 whilst living in Manchester, they came with us to London in a small terracotta pot and I left them with their few fine chive like hairs with hope of something happening. The pot looked empty by winter and I forgot to clear it out, well boy, I'm glad I did! By spring 2013 they were coming up stronger than I ever imagined and by summer I gave them a new bigger pot for a home. They thrived and started to grow the beautiful purple flowers. I chopped them down and used them in potato salads galore before winter came round and they disappeared again. But with hope comes chives and from January - March they have grown and started with flower buds quicker than ever. Chives can be your friend as long as you have faith. I hope that by knowing they are not a plant that grows as easily as you think will give you the patience to grow them to their fullest. Enjoy and make plenty of tasty potato salads this spring. If you need to store the chives so there is no waste at the end of the season, chop them up and put them in ice cube trays with olive oil and freeze, pop out when needed. 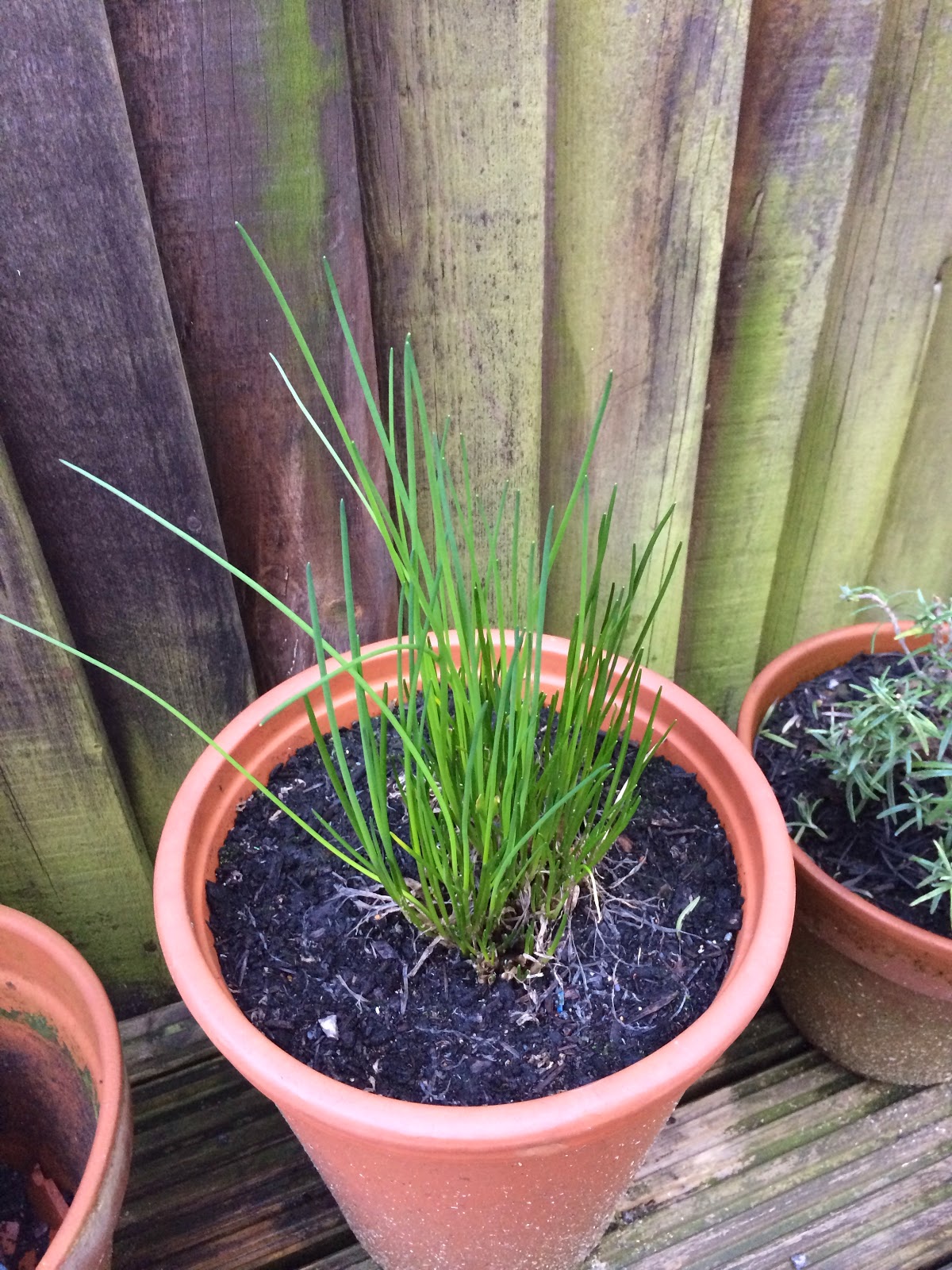 Peel the potatoes and cut in half, boil in salted water. When cooked allow to cool, chop into cubes then mix in the mayonnaise (as much as you want) Dice the onion and mix in to the pots. Chop the chives and mix through, then sprinkle some chives on top. Add salt and pepper to taste.
Make some cucumber sandwiches, a flask, pack a blanket and head out for a picnic with a book!